Big Kids Forest School
Our monthly 'Big Kids' forest school has proved a real success with each month selling out fast. We are happy to announce two new dates for 2020 and booking is now open:
Saturday 18th January 1-2.30pm
Saturday 15th February 1-2.30pm
You can read more about the events and how to book a place here. It is only £6 for members and £7.50 for non-members.

Forest School for 2-5 year olds - The current block is coming to an end this week. There will be no forest school in January but we will be back in February. Therefore booking details will be released first to members in the January newsletter.

The Very Young Friends of Rowntree Park
The VYF will be back on the first Thursday in February. This lovely group is aimed at 1-5-year-olds and is about exploring the world around us and growing a love and understanding of nature. We have a range of activities including a craft and a hot chocolate. This is FREE for members and £1 for non-members.
They meet at 10 am-11am at the Woodland story circle in the park (near the Cameron Grove entrance). New members - so come along! It is free to members and £1 per family otherwise.

Tai Chi in the park - Saturday mornings 9am
Join Richard, an instructor with over 35 years experience, for his Saturday morning sessions in the park. Tai Chi combines deep breathing and relaxation with flowing movements. It is said to have many health benefits including reducing stress, improving sleep, helps cognition and balance and more! This session is aimed at adults and is 'pay as you feel'. Richard has kindly offered to donate some money from these sessions towards the Friends and the upkeep of the park. And yes, this is outdoors, so you will need to dress for the weather!

Green-fingered friends - We need you!
Our gardening volunteer team are back in action, after the winter's break! The Friends of Rowntree Park look after some key areas in the park including the Long Borders down the centre 'spine' and the two railed gardens either side of them (the Friends Garden and the Sensory Garden). We are also starting to propagate our own plants. We'd love more volunteers for our gardening team - whether a one-off, occasional or more regularly, we'd love to see you. All training and tools provided, as well as a lovely cafe visit afterwards! The first session of 2020 is on Tuesday 11th of February, from 9.30-11.30am, meeting under the cafe. We look forward to seeing familiar and new faces.

Lights on the Lake - 5th March 6.30-8pm
The St Leonard's Hospice are back again with this wonderful event which means so much to so many. It's your chance to 'light up the lake' in Rowntree Park with candles and lanterns, each one representing someone special in your life. As the sun sets, hundreds of candles will be set adrift on the lake and illuminated lanterns will light the way. To dedicate a candle/light, you need to fill in a form and make a donation via the Hospice's website. You can read more about the event here
Sat 29th Feb 10am-12pm - drop into the park cafe to write your dedication with the St Leonard's team 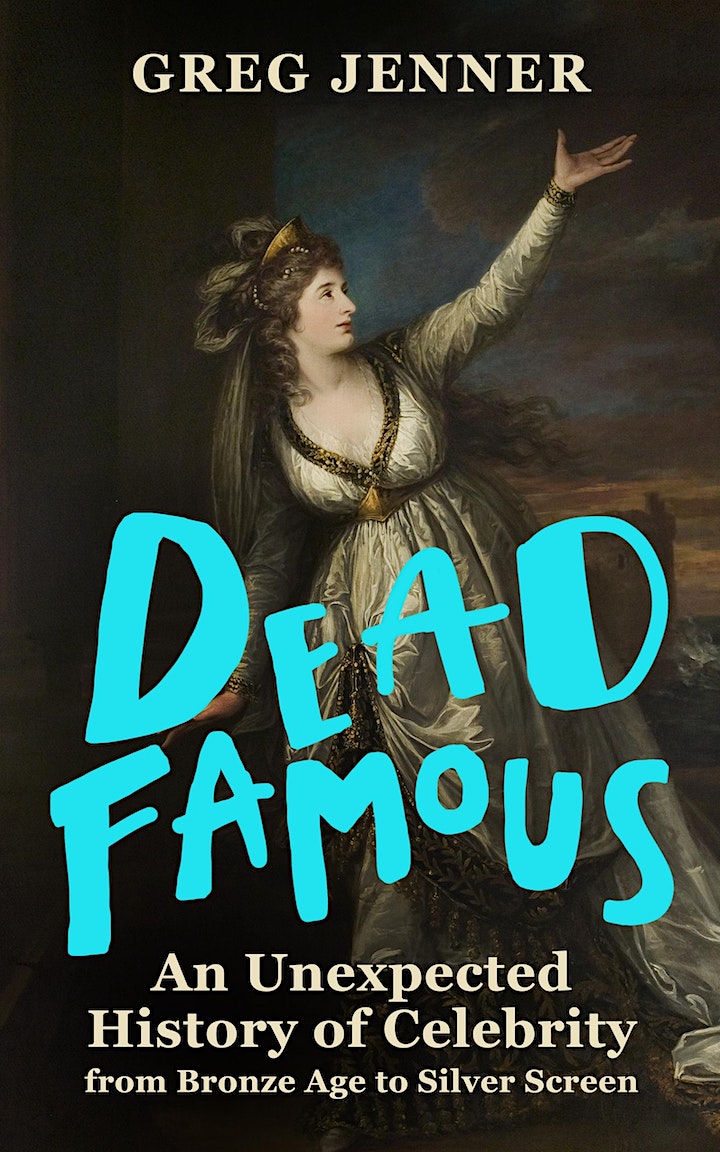 Academic and author Catherine Fox is best known for her Lindchester trilogy, chronicling the life and characters of a fictional diocese in todays Church of England.

Catherine Fox's glorious Lindchester series is the twenty-first-century answer to Trollope's Barchester  but Trollope was never so funny, so fundamentally kind, or so mischievously attentive to grace. - Francis Spufford, author of Golden Hill.

Dr Catherine Fox is a senior lecturer in Creative Writing at Manchester Metropolitan University, and academic director of The Manchester Writing School. As Catherine Fox, she is author of seven novels that explore themes of the spiritual and the physical with insight and humour. She will tell us more about her writing and the captivating, funny and all too human world of the church in Lindchester.

AND: Anglican Women Novelists: from Charlotte Brontë to P.D. James.

With Judith Maltby and Alison Shell

What do the novelists Charlotte Brontë, Charlotte M. Yonge, Rose Macaulay, Dorothy L. Sayers, Barbara Pym, Iris Murdoch and P.D. James all have in common? These women, and others, were inspired to write fiction through their relationship with the Church of England.

In discussion with Dr Catherine Wilcox, the Revd Canon Dr Judith Maltby and Professor Alison Shell will explore Anglicanism through these writers fiction and their fiction through their Anglicanism. The work of these authors covers a range of literary genres, from life-writing and whodunnits through social comedy, children's books and supernatural fiction. Spanning writers from the nineteenth to the twenty-first century, they testify both to the developments in Anglicanism over the past two centuries and the changing roles of women within the Church of England and wider society.
yorkliteraturefestival.co.uk

Suzannah Lipscomb  Women, Sex and Power in the Sixteenth Century
Friday 20 March 2020
St Peter's School York
Most of the women who ever lived left no trace on the record of history and everything weve known about ordinary women suggests they were powerless and downtrodden. Professor Suzannah Lipscomb brings us a different story and allows us to hear the voices of sixteenth-century women, telling us the realities of their lives and showing us the ways in which they could be powerful.

Professor Lipscomb is a well-known British historian, academic and TV presenter who has written and appeared in a number of television and radio programmes about British history. In January 2019 she was appointed to a personal chair as Professor of History at the University of Roehampton. Book Tickets

Melvyn Bragg  Love Without End
Saturday 21 March 2020
Venue: St Peter's School York
Melvyn Bragg is best known for The South Bank Show and In Our Time on BBC Radio 4. He is also an accomplished novelist and his works have twice been longlisted for the Man Booker Prize. In Love Without End, Bragg brings the 12th-century into the 21st as he breathes fresh life into one of history's most remarkable and enduring love stories. Heloise arrives in Paris bent on entering its masculine world of learning. The brilliant, radical philosopher, Peter Abelard, consents to be her tutor but what starts out as a meeting of minds turns into a passionate, dangerous love affair which sends shockwaves throughout the country and incurs terrible retribution.

The Yorkshire Shepherdess - An Evening With Amanda
Sunday 22 March 2020
St Peter's School York
Amanda Owen and her family live a life that has almost gone, one ruled by the seasons and her animals. Home is Ravenseat, a 2,000 acre hill farm at the head of Swaledale, one of the highest, most remote places in England. Her first book, The Yorkshire Shepherdess, is a funny, heart-warming and uplifting account of her transformation from Huddersfield townie to rural sheep farmer. Shes since penned A Year in the Life of the Yorkshire Shepherdess and appeared on numerous TV shows.
Tickets

Astrology: Even The Stars Say It's Nonsense
Monday 23 March 2020
19:30-The Phoenix Inn, 75 George Street, YO1 9PT
From newspapers to magazines, online profiles to nervous first dates astrology pops up all over the place. It's mostly harmless fun and you might even have had a quick check to see if the stars are aligned for you this week. But despite what you might think portending the stars can be big business. Join Astronomer (and Astrologer) James Lees in examining what astrology really is and why even the stars say it's nonsense.

York Skeptics organise monthly talks related to science, rationalism and critical thinking in the relaxed environment of a friendly York pub. Talks with Q&A take place every fourth Monday of the month at 7:30pm in The Phoenix Inn.

Melanie Reid  The World I Fell Out Of'
Tuesday 24 March 2020
St Peter's School York
On Good Friday, 2010, Melanie Reid fell from her horse, breaking her neck and fracturing her lower back. She was 52. Paralysed from the top of her chest down, she was to spend almost a year in hospital, determinedly working towards gaining as much movement in her limbs as possible, and learning to navigate her way through a world that had previously been invisible to her. As a journalist Melanie had always turned to words and now, on a spinal ward peopled by an extraordinary array of individuals who were similarly at sea, she decided that writing would be her lifeline. The World I Fell Out Of is an account of that year, and of those that followed. It is the untold back story behind Melanies award-winning Spinal Column in The Times Magazine and a testament to the art of getting on with it.

Melanie will be in conversation with Sarah Maine, another writer whose heart is in Scotland. The latest of her three novels, Women of the Dunes, was recently Waterstones Scottish Book of the Month. Tickets

Kirsty Wark  The House By The Loch'
Thursday 26 March 2020
St Peter's School York
Kirsty Wark is a journalist, broadcaster and writer who has presented a wide range of BBC programmes over the past thirty years, from the ground-breaking Late Show to Newsnight .

Join Kirsty as she discusses her latest novel, The House by the Loch, a sweeping, atmospheric novel of family drama and long-hidden secrets, set in the beautiful Scottish countryside. The novel is inspired in part by the authors childhood memories and her late father. It is a story of the bonds between generations, the need to belong and the devastating consequences of family secrets. Kirsty writes about family in all its loving complexity, and the way it can, and must, remake itself endlessly in order to make peace with the past.

Kirsty has won several major awards for her work, including BAFTA Awards for Outstanding Contribution to Broadcasting, Journalist of the Year and Best Television Presenter. Her debut novel, The Legacy of Elizabeth Pringle, was published in March 2014 and shortlisted for the Saltire First Book of the Year Award, as well as nominated for the 2016 International DUBLIN Literary Award.

Kirsty will be in conversation with Ben Fuller, of St Peters School.
Book Tickets

Kate Humble - Thinking On My Feet
Thursday 23 April 2020
St Peter's School York
Join farmer, author and TV presenter Kate Humble for a fascinating talk about her life working with animals and wildlife, the far flung places that work has taken her to and the inspiring and dedicated people she has met on her travels. Plus a unique chance to go behind the camera as Kate describes how programmes such as Springwatch, Curious Creatures and Wild Shepherdess are made and reveals some of the unpredictable comic incidents that occur along the way.

Kate will be in conversation with Jeremy Walker, Head Master of St Peters School. Tickets