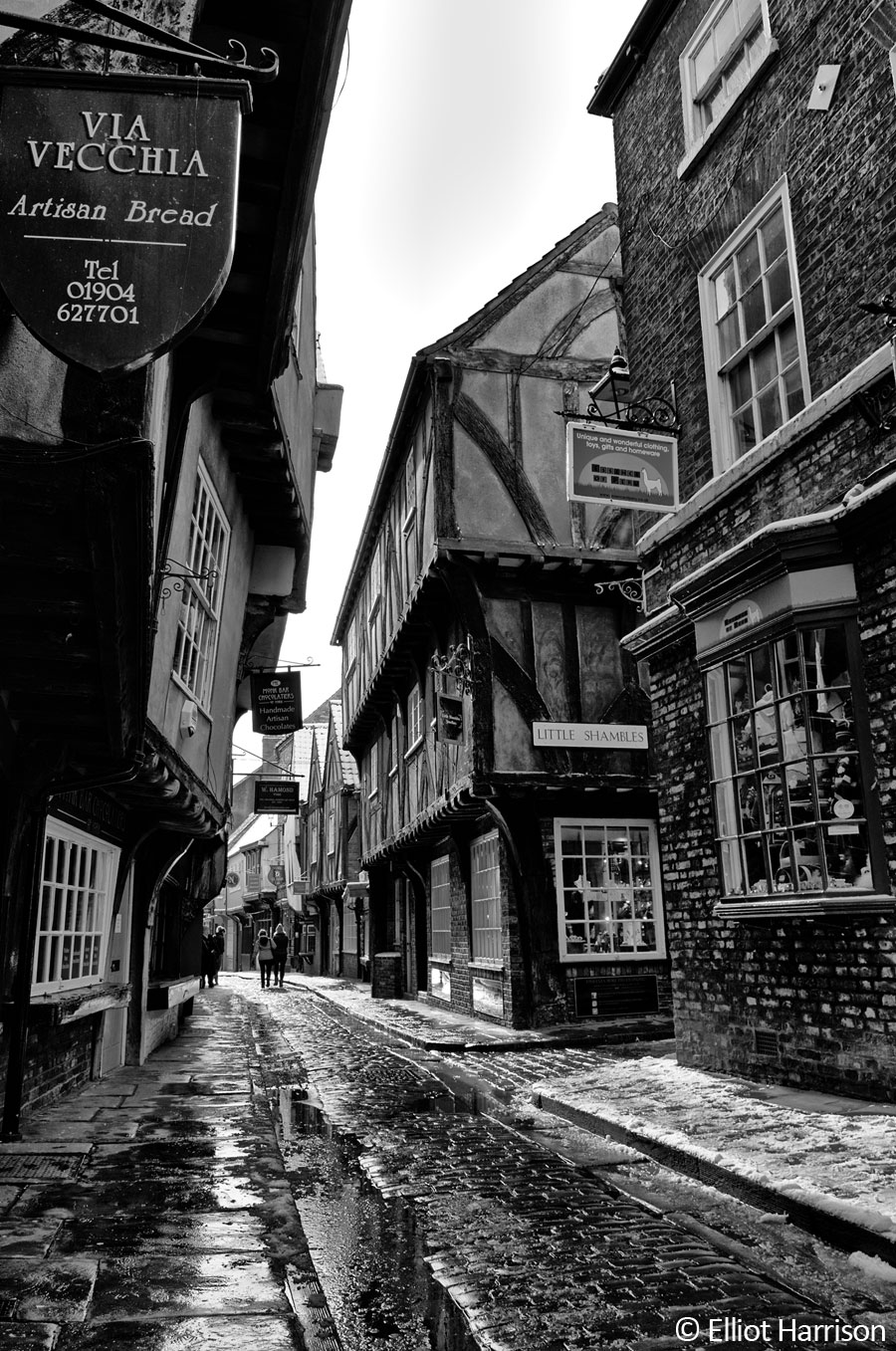 Shambles York, after it had snowed (above. Taken 2018) 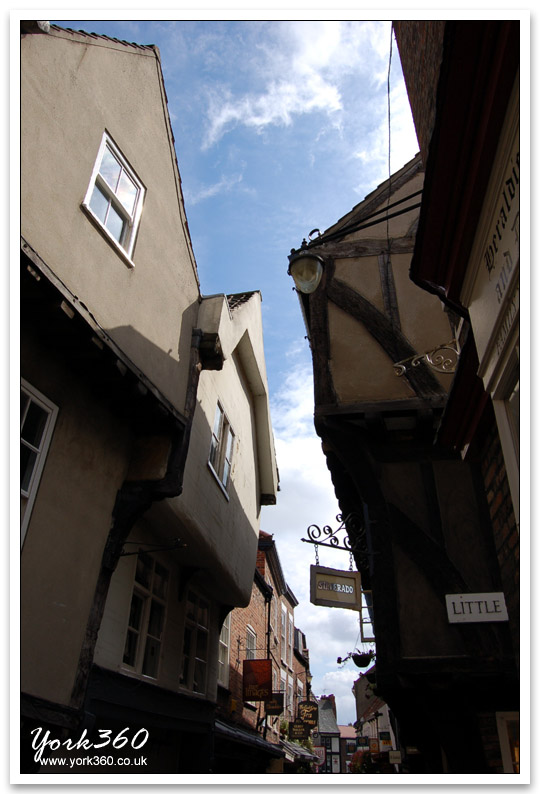 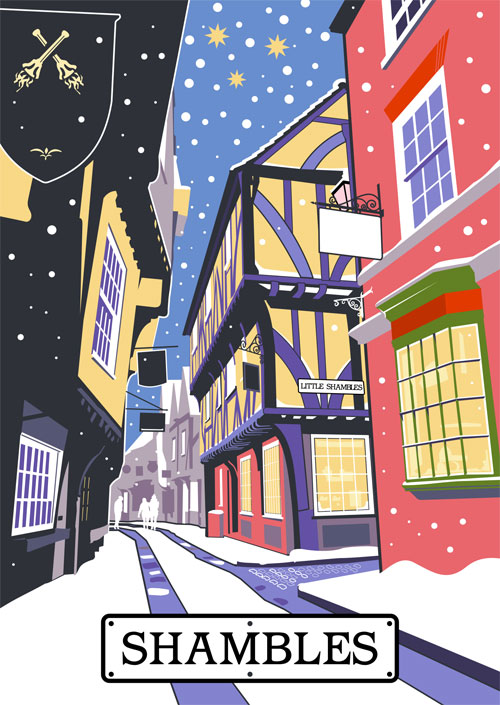 Nov 2019 - (above) A new drawing of The Shambles in the snow. Buy Christmas Cards here
Thanks for following my art on Instagram 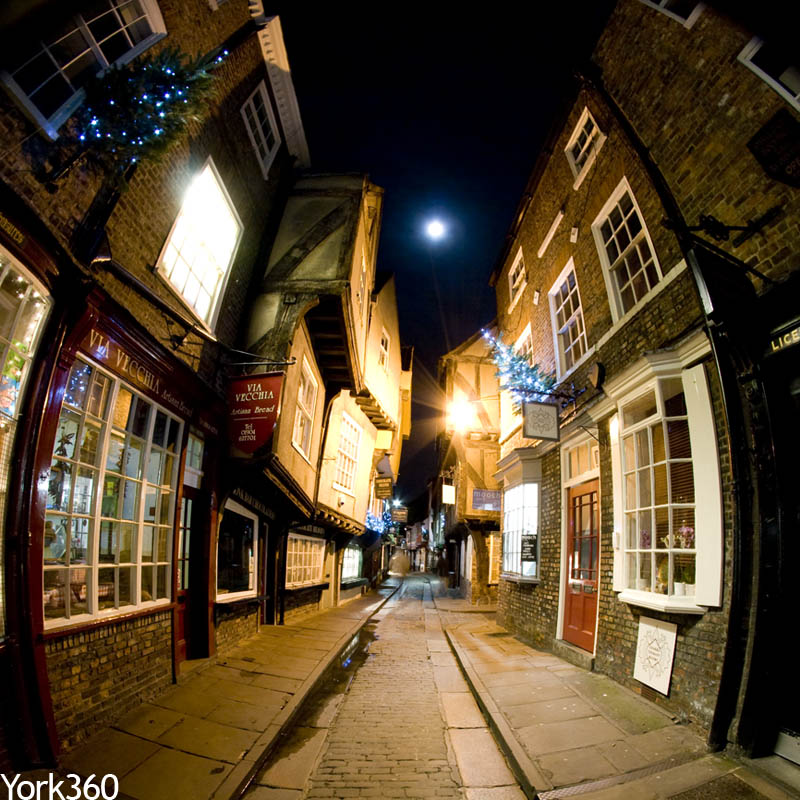 Shambles 360 degree interactive view - (above)
Updated 360 - This can now be viewed on iPads!
It is a high pixel image so you might need a fast computer or tablet.

Thank you for sharing! 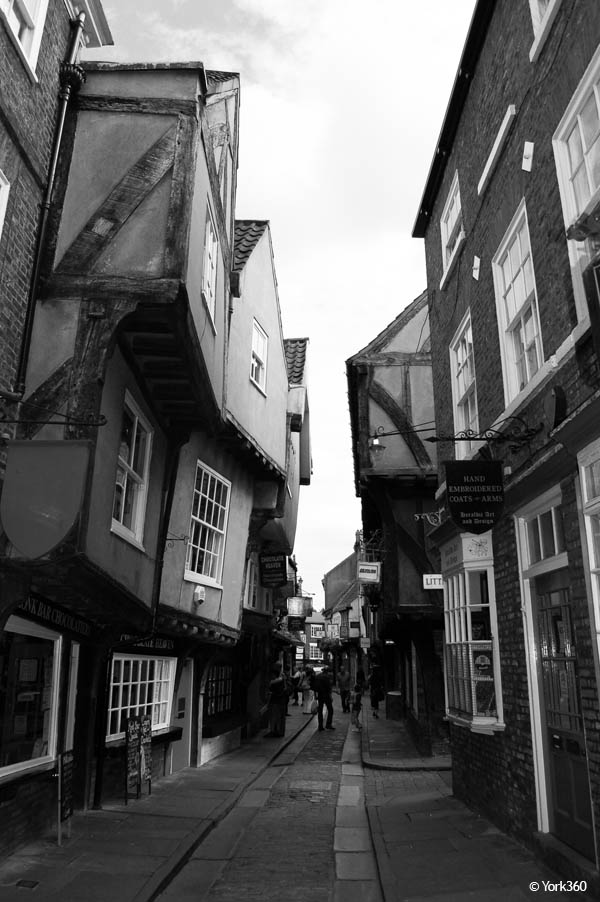 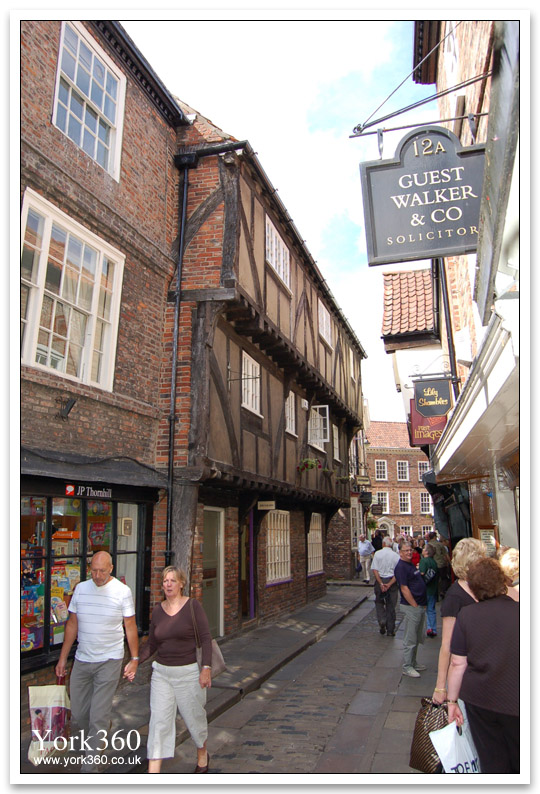 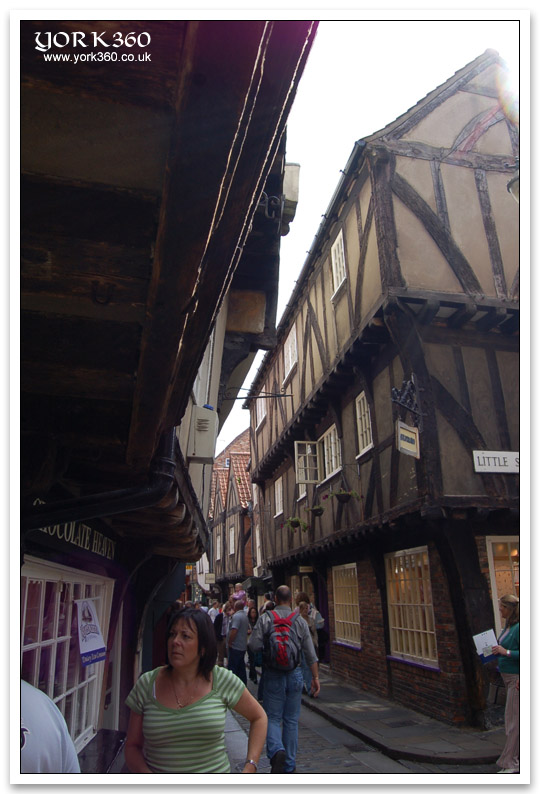 Shambles - This narrow medieval street was originally lined with butchers shops where meat was dressed and displayed on the wooden shelves that are still seen outside. Shopping in York