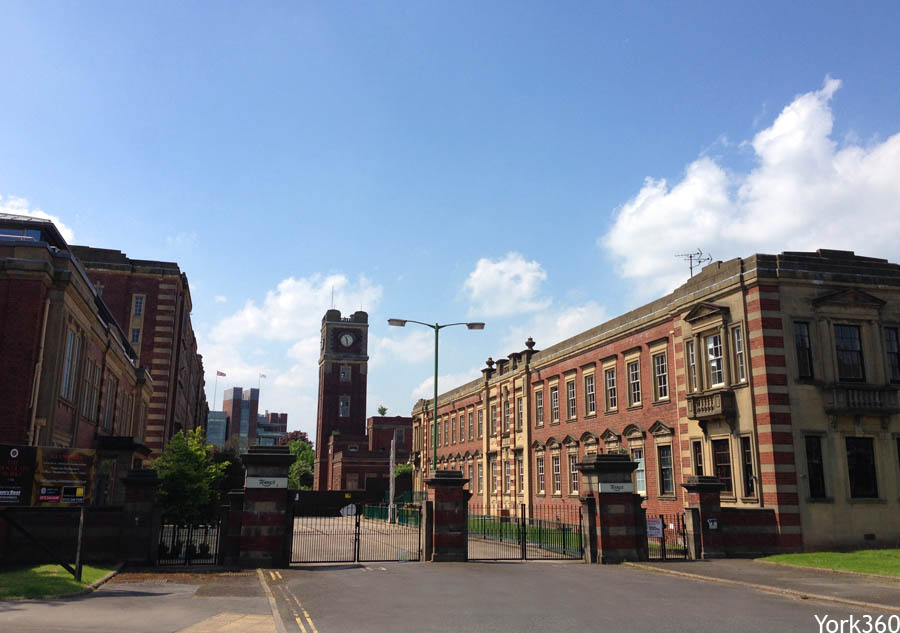 On the corner of Bishopthorpe Road and Campleshon Road and within walking distance of York’s historic city centre, living at The Chocolate Works means there is history, art and culture literally on your doorstep. Bishopthorpe Road is considered one of the most vibrant and fashionable places to live in the UK, thanks to a great range of independent retailers, boutiques and excellent eateries. Just a few moments away is the world-famous York Racecourse. Stroll just a mile down the river to the globally renowned ancient City Walls and enjoy the famous walk, or take a short wonder through lush green spaces and over the impressive stainless steel Millenium Bridge into town. See the new site plan at dwh.co.uk 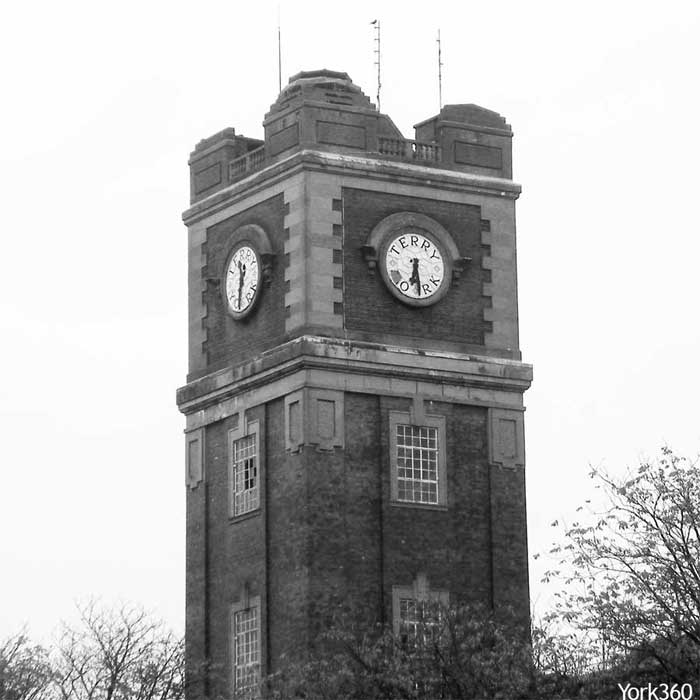 The clock tower in need of repairs. (above October 2015).
There are major renovations currently underway, so it should be looking like new again soon! 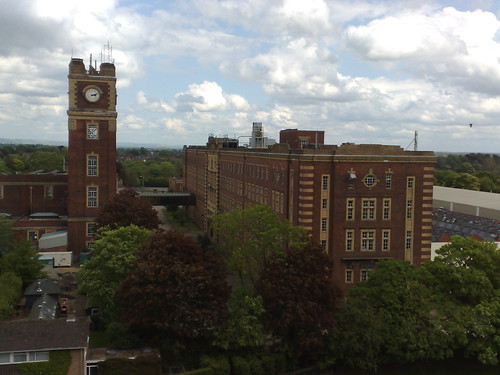 A Brief History of Terry's In York

Joseph Terry, who was born in Pocklington, came to York to serve as an apprentice apothecary in Stonegate, before setting up shop as a chemist in Walmgate. His life took a different turn in 1823 when he married Harriet Atkinson, a relative of Robert Berry who had a small confectionery business. He gave up his Walmgate operation and joined Berry business in St. Helen’s Square.

Shortly afterwards Robert Berry died and his son George joined with Joseph in a business with the wonderful name of Terry & Berry - unfortunately George left the business in 1828.

Joseph Terry was on his own, and soon enjoyed a reputation for cakes and comfits, sugared sweets, candied peel, marmalade and medicated lozenges. He quickly made use of the railways, sending small quantities of his products to towns all over the North of England, into the Midlands and down to Luton and London.

By the time of his death in 1850, the Terry name was becoming known around Britain. It was his son, Joseph junior, who built on these foundations and expanded it into a major concern. Within four years of taking over, Joseph leased a riverside site at Clementhorpe. The Ouse allowed a connection to the Humber estuary and the North Sea. Twice a week, the steam packet brought the sugar, cocoa, other ingredients and coal needed for the new steam-powered machinery at Joseph Terry & Sons.

The price list of 1867 had 400 items but, at the time, only 13 were chocolate. As products were perfected and demand grew, a specialised chocolate section was built. The St Helen’s Square premises were retained as a shop and restaurant (the Terry name is still on the front of the building). (photo)

In 1926, Terry’s moved again, to a purpose-built factory off Bishopthorpe Road. It was here that some of the most enduring brands were created: All Gold was first produced in 1930, the Chocolate Orange a year later.

Terry’s was taken over by multinational food corporation Kraft in 1993, which closed the York factory on 30 September 2005, with production moving to other plants in Europe.