The World Tour of York
11am and 2pm / Every Saturday / St. Helens Square.
Meet in St Helens Square, (opposite Bettys Tea Rooms).
Look for the Black and Gold Uniform. Booking essential.
Also Available - Tailor made guided walking tours for groups and individuals. exploringyork.com

York Hologram Tour App
The City of York is embracing a cutting-edge invention that brings the past to life right in front of your eyes. Revolutionary smartphone technology called UltraReality is allowing visitors to enjoy hologram performances by historic characters that pop up out of the very fabric of the citys ancient buildings.

City of York Council and the Yorkshire Air Museum have harnessed this breakthrough technology  developed in the city  to create the York Hologram Tour app, the worlds first city tour to use hologram guides as part of an innovative business venture.

Called the City of York Hologram Tour app, its available to download free from the Apple App Store and Google Play - to guide visitors around the city with hologram appearances. Smartphone users who want to enjoy the complete tour pay just £2.99 to unlock the full collection of historic holograms, each giving their personal take on Yorks fascinating history.

The City of York Council app features hologram characters which appear around the city. Besides Richard III's breathless valet who breaks the news of his masters death at Bosworth, theres the bullish Railway King George Hudson, as well as Gunpowder Plot perpetrator Guy Fawkes and Dick Turpins hangman.

The Yorkshire Air Museum, the first Museum in the world to feature this technology, will has trigger points where characters and their stories will come alive in a historic setting, keeping the Museum at the forefront of the digital revolution. Visitors can discover 19th century Yorkshire aviation pioneer Sir George Cayley, bouncing bomb innovator Sir Barnes Wallis, legendary aviator Amy Johnson and famous Air Transport Auxiliary pilot Lettice Curtis, the first woman to fly a four engine heavy bomber.

The free version of the City of York Council app features four holograms and provides both live 2D street plans and dynamic 3D augmented reality maps to effortlessly guide users, metre by metre, to the nearest hologram trigger point as well as to the citys top attractions and great places to eat and drink. While for the price of a decent cup of coffee  just £2.99  the full tour app can be downloaded complete with twenty two, 90-second holograms, providing the visitor with up to two days of unique exploration opportunities around the UKs favourite city destination. 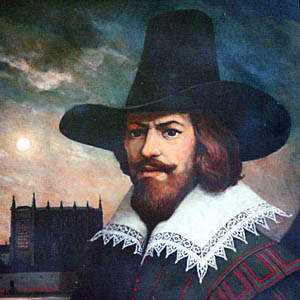 Guy Fawkes Trail
A walk exploring the (several!) birthplaces and haunts of one of York's most infamous sons - Guy Fawkes of Gunpowder Plot fame.

Choccy and Sweetie Tour
York has played a big part in pleasing the sweet tooth. Hear the history of Terrys, Rowntrees & Cravens. See sweets being made and taste some delicious samples! 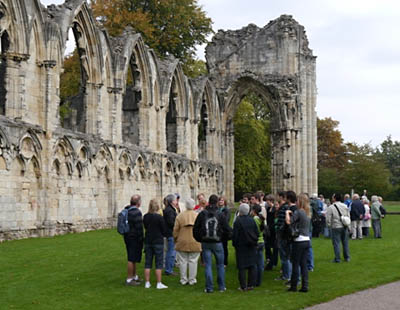 Association of Voluntary Guides
Meeting daily outside York City Art Gallery next to the fountains. Free guided walking tours of the city. Leaving from Exhibition Square at various times. avgyork.co.uk

"We took the 10.15 walk on 2nd Feb, Steven was a very well informed guide making it interesting and enjoyable we learnt a lot. I would recommend it to anyone".

York Cat Trail - Discover the historic York Cat Trail.
Free fun for all the family, this trail is based on cats that appear on buildings around the city centre. It has been designed to ensure that you see not only the cats of York, but also the most interesting and beautiful parts of our city. Highlights along the way include the Museum Gardens, Clifford's Tower and York Minster plus a walk down the Shambles and on the City Walls. The trail should take around 1 hour to complete. Pickup a your trail map at The Cat Gallery shop - 45 Low Petergate, YO1 7HT Print your trail map here

York Lucky Cats located at 34 Shambles also have a 'Fabulous York Cat Trail' which you can follow. (www.yorkluckycats.co.uk)

Curious About York?
Have fun discovering York with two self-guided, heritage walks with an optional treasure hunt. Buy or instantly download & get curious!
Are you curious about York? Looking for an unusual and quirky activity which gets you out in the fresh air whatever the weather? Take one of our self-guided walks with a treasure hunt theme  looping around the better-known sights, as well as some of the more unusual and quirky ones, which combined make York a fabulous place to explore!
Youll get everything  detailed directions, maps, clues (with answers in the back!), and fascinating snippets about the history of York and the people that have shaped it.
Buy or instantly download from curiousabout.co.uk and explore in your own time.